May 14: An evening with Gretchen Rubin, author of the NY Times best-seller, The Happiness Project 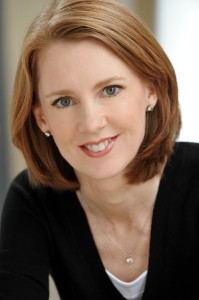 Science Writers in New York and the American Society of Journalists and Authors invite you to spend an evening with Gretchen Rubin, who will talk about her work, answer questions from the audience, and sign books that will be available for discount purchase.

The Happiness Project has been an international bestseller that reached #1 on the New York Times bestseller list. This recounting of the year she spent test-driving the conventional wisdom, current scientific studies, and lessons from popular culture about how to be happier has sold more than 1.5 million copies in North America alone, has been published in more than thirty languages, and spent more than two years on I bestseller list. She has also been named one of the “100 Most Influential People in Health and Fitness.”

Rubin had actually worked toward a career in law. After graduating Yale and Yale Law School, where she was Editor-in-Chief of the Yale Law Journal and winner of the Edgar M. Cullen Prize, she clerked for Judge Pierre Leval, then was clerking for retired Supreme Court Justice Sandra Day O’Connor when she realized what she really wanted to be—a writer.

Where:
American Society of Journalists and Authors offices,
1501 Broadway, Suite 403 (between 43rd–44th Sts)