June 13: An Evening with Carl Zimmer

How did our ancestors help
make us who we are?

An Evening with Carl Zimmer 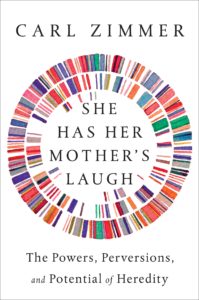 Science Writers in New York invites you to spend an evening with Carl Zimmer, who will discuss his latest book She Has Her Mother’s Laugh: The Powers, Perversions, and Potential of Heredity (Dutton, May 2018). Carl will talk about his book with SWINY co-chair David Levine, and answer questions about content and craft, and sign books, which will be sold at a discount.

His 13th book, She Has Her Mother’s Laugh presents a history of our understanding of heredity in this sweeping, resonating overview of a force that shaped human society—a force set to shape our future even more radically. David Grann, author of Killers of the Flower Moon, praised the book, saying, “No one unravels the mysteries of science as brilliantly and compellingly as Carl Zimmer, and he has proven it again with She Has Her Mother’s Laugh—a sweeping, magisterial book that illuminates the very nature of who we are.” 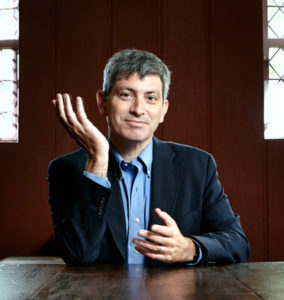 Carl Zimmer reports from the frontiers of biology, where scientists are expanding our understanding of life. Since 2004 he has written about science for The New York Times, where his column “Matter” has appeared weekly since 2013. He is a popular speaker at universities, medical schools, museums, and festivals, and he is also a frequent guest on radio programs such as Radiolab and This American Life. Carl has won many awards for his work, including the Stephen Jay Gould Prize, awarded by the Society for the Study of Evolution to recognize individuals whose sustained efforts have advanced public understanding of evolutionary science.

Refreshments will be provided.

Where:
The home of Charles and Susan Fisher
1060 5th Avenue on the northeast corner at 87th Street

Admission is complimentary. Space is limited, so please RSVP by Thursday, June 7.

This entry was posted in Events. Bookmark the permalink.