A WALK THROUGH TIME

If you’ve been on a previous SWINY walk, you already know that Central Park is a totally human-made ecosystem.

Its swampland and bluffs were originally home to 1,600 poor. After the park’s designers, Frederick Law Olmstead (also a journalist!) and Calvert Vaux, knocked down the shanties, they imported soil and boulders, then planted trees, shrubs, and flowers from around the world. 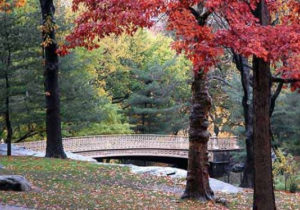 This tour will reveal how these changes came about. On SWINY’s distinctive walk, crammed with Central Park’s little-known history, politics and construction innovations, you will

Our unique, insightful tour will bring to life the beautiful Park’s gritty past and glorious present, through a fresh look at scenes and structures we rarely notice. You’ll see arches designed to blend inconspicuously into their surroundings, bridges that have changed over the years, and ornate railings that heralded the new age of iron. Each one complements the natural landscape.

Come and celebrate the longest day of the year with this truly exceptional event!

Where:
Meeting place provided with confirmation

Cost:
This evening program is underwritten by SWINY, to keep the cost modest.

Space is limited to the first 20 registrants. Please sign up at https://www.jotform.com/swiny/june-21-the-essential-central-park

This entry was posted in Events. Bookmark the permalink.